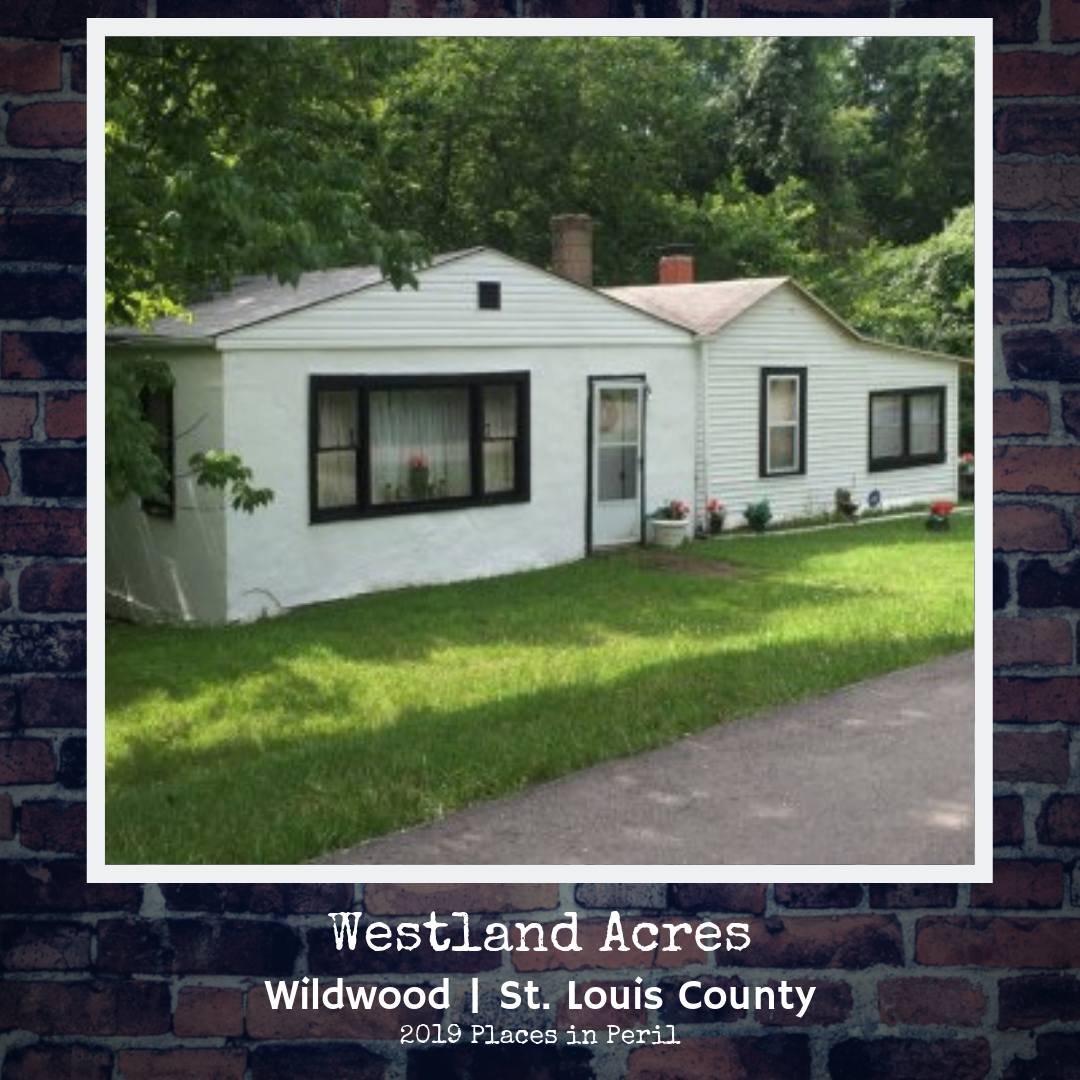 Westland Acres is a residential subdivision of approximately 130 acres on the border of the villages of Chesterfield and Wildwood in suburban west St. Louis County. It contains a handful of two and three-bedroom wood frame homes tucked into the woods along Church Road, and is anchored on the western edge of the subdivision by the Union Baptist Church, which was constructed in 1984 after the old church building burned. In the church yard is the John W. West Cemetery, formerly known as the West-Gumbo Cemetery. The cemetery contains about 30 graves dating from as early as the 1870s. Westland was established in 1881 when William West and his wife Pollie, who were recently freed slaves were able to purchase 150 acres from Norris Long on what was then a remote area of St. Louis County. There the West family built a log cabin and established what would become the community of Westland. The property was eventually divided among descendants of this original family, and by 1950 there were 45 families living in the neighborhood along what was still a dirt road. Many of the families still farmed and lived off the land. The community has now dwindled to under 10 families, though Westland retains its historic ties with descendants of William West. Decades ago, there existed many African American enclaves throughout St. Louis County. But these have become rarities as their communities, often marginalized, were frequently the first to face the wrecking ball. Westland Acres is today threatened by encroachment of high-priced development. The surrounding area has been transformed from rural backwater to one of St. Louis’s wealthiest areas. This development has caused property values to skyrocket, and along with it, the property taxes. These burgeoning tax bills are driving residents out of their homes and to more affordable areas of the region. It is hoped that by listing here perhaps the residents of Westland Acres might get tax relief from St. Louis County so they might be able to afford to stay in the historic community which has been their ancestral home for nearly 150 years.

Help preserve Westland Acres and its history by SHARING its story. Don’t let the residents of the rapidly growing Wildwood and Chesterfield area forget its history!