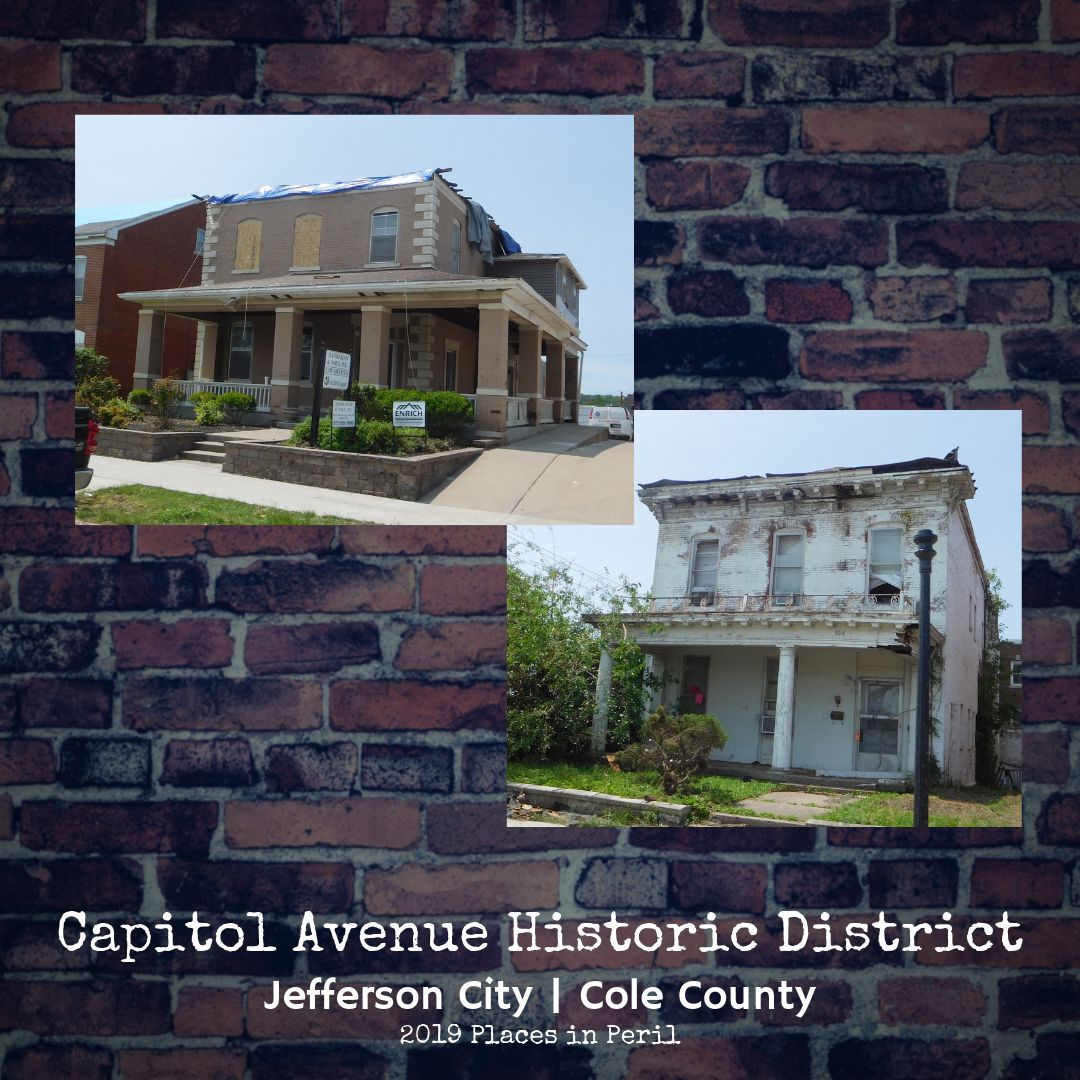 The Capitol Avenue Historic District includes over one hundred properties on nine city blocks near the State Capitol in Jefferson City. On a significant east-west thoroughfare, there are good examples of Italianate, Queen Anne, Colonial, Gothic Revival, and French Second Empire Styles, as well as more modern Spanish Revival, Craftsman and Art Deco representatives. The buildings in the District continue to reflect development of the neighborhood from 1830 to 1945, and retain a high degree of integrity from its various periods of development. The District was listed on the National Register of Historic Places in 2005. Currently over 25% of the Capitol Avenue Historic District consists of derelict property, and the majority of these properties are owned by one individual, who has not been willing to repair the decaying buildings or to sell them to owners interested in renovation. Long a concern to preservationists, the City Council adopted an ordinance declaring the entire district blighted, and the local housing authority developed a renewal plan which strives to renovate properties through voluntary repair, sales to new owners, and by seizure by eminent domain. 2018 the City of Jefferson completed major infrastructure improvements on East Capitol Avenue, these attractive improvements in stark contrast to the continued blight. In the last year, they have made significant headway in obtaining some of these endangered properties via eminent domain. On May 22, 2019 an EF-3 tornado tore through Jefferson City and up East Capitol Avenue. The community has already put forth an outstanding effort in repairing the damage but there is still a long way to go. At least one of the structures in the district had to be demolished as it was no longer stable. It is hoped that re-listing the entire Capitol Avenue Historic District will bring attention to the hard work already done by Historic Jefferson City, but also aid them in raising funds so they can provide improvement grants to the building owners.

Help the Capitol Avenue Historic District by making a donation to the Historic City of Jefferson!