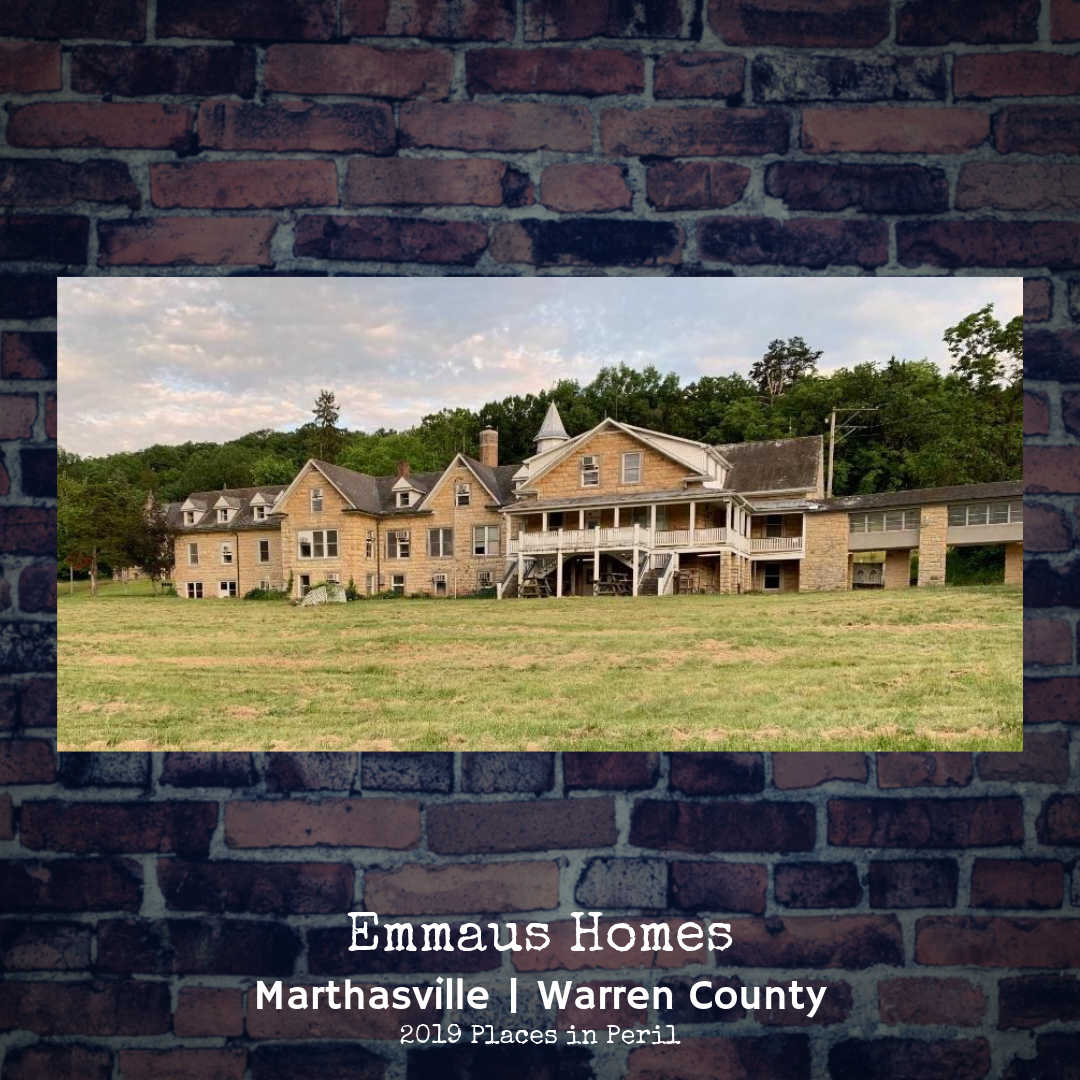 The Emmaus Home Complex in Marthasville began as a seminary for the German Evangelical Church in Missouri.  A campus of five buildings was completed here by 1859. Four of these remain in various states of repair, those being the Farm House, Bake Oven, Friedensbote (Messenger of Peace) Publishing House, and the Dormitory. The College Building itself was lost to a fire in 1930. The seminary was in operation at this site until 1883, when it moved to St. Louis and eventually became Eden Seminary. In 1893 the campus in Marthasville became known the Emmaus Asylum for Epileptics and Feeble Minded. The campus grew to a total of eight substantial buildings including a chapel, by 1928. In more recent years the religious denomination became the United Church of Christ and the two campuses the church body owned – this one in Warren County for men, and the other in St. Charles County for women – became known simply as the Emmaus Homes. This is an important historic site, having been constructed by some of the tens of thousands of Germans who emigrated here beginning in the 1830s. In the area the first Evangelical church west of the Mississippi was constructed, and this marked the beginning of the Synod of the west, known as Der Deutsche Evangelisch Kirchenverein des Westens. The buildings in the complex are unique in that they are of sturdy limestone construction in varying German styles by German immigrants. They are representative of the tenacity of some of Missouri’s earliest Germans, and are unique in that most are original with very few modifications over the years. Through the years the approach toward caring for the handicapped and developmentally disabled has also changed, and care for the residents at Emmaus has shifted from large institutional settings to smaller group homes. Emmaus has listed the campus for sale and it is hoped that listing on the Places in Peril will bring it to the attention of a preservation-minded developer.

Update: The Emmaus Homes were up for auction at the end of October 2020.

In May of 2021, it was announced that the Hoffman Family of Companies had signed a letter of intent to purchase and rehabilitate the former Emmaus Homes. We are excited to see what the future holds for these wonderful buildings!

One thought on “Emmaus Homes”