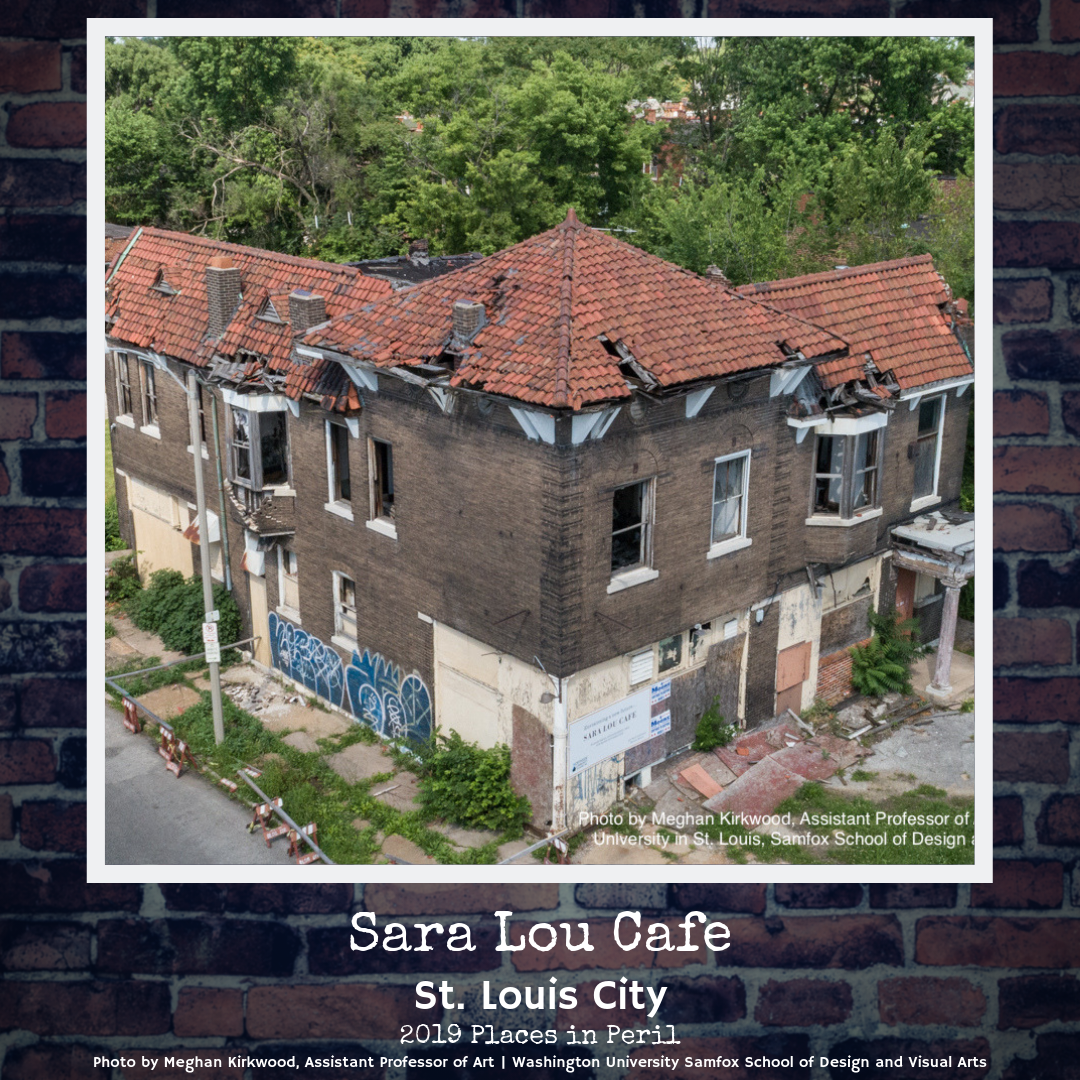 The Sara Lou Cafe was constructed in 1906 and is situated at the corner of Sara and St. Louis Avenues in the Greater Ville Neighborhood in the City of St. Louis. The building is one of four two-story, corner mixed-use buildings at this intersection, and is the only one of the four that is vacant.Owned by the Land Reutilization Authority, a state/city governmental agency, the non-profit group, Northside Community Housing, Inc., has just renewed one-year option to purchase. Generally, the façade of the building is in good condition. It has a terra cotta roof and bay windows overlooking the streetscape. Interior floors are solid and could be retained and refinished. Like many other properties of this caliber that have sat vacant, it has been stripped of copper, plumbing and most other items that might be sold for scrap. While the building’s interior is in generally good condition, the exterior is in dire need of stabilization due to un-boarded windows and deteriorating masonry walls. The Ville Neighborhood is representative of the resilience of African Americans in St. Louis to thrive and prosper in an age that was marked by racism and exclusion. In spite of adversity, the neighborhood has a rich history of African American education, business and art.  The Café building is a historically significant landmark, gathering spot and family restaurant in St. Louis’s North City. Its loss would represent a loss of urban fabric, density and the rich history of this neighborhood.  By listing on Missouri’s historic Places in Peril, it is hoped that Northside Community Housing, Inc, will garner further visibility and credibility in its case for support and will help raise the philanthropic dollars needed to rehabilitate this local landmark.

Help the Sara Lou Cafe by donating to Northside Community Housing, Inc. and indicating your funds go towards Sara Lou!