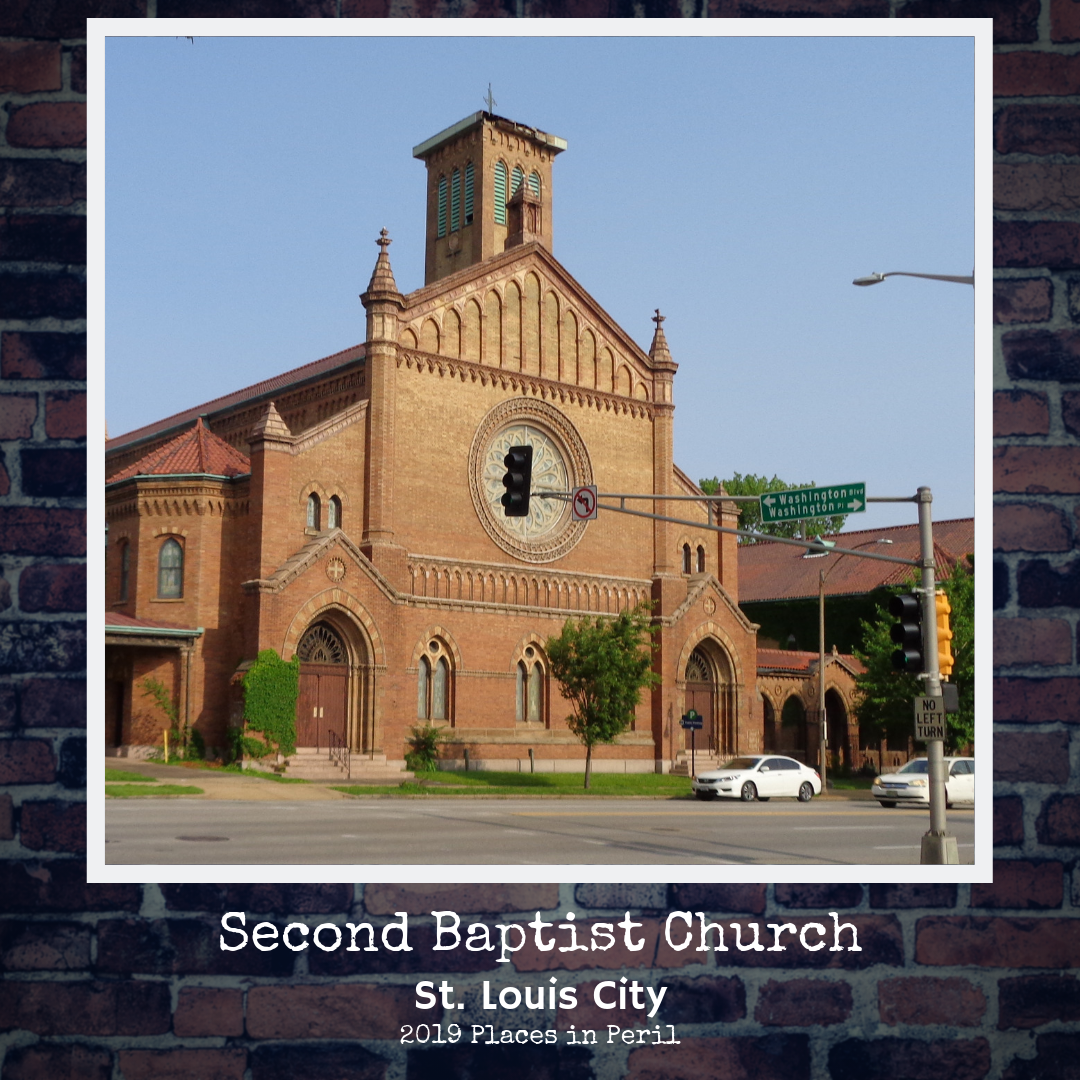 The imposing Second Baptist Church at 500 North Kingshighway in the City of St. Louis was constructed in 1907 by the architectural firm of Mauran, Russell & Garden, a firm that was successor once removed from the office of the famed H. H. Richardson. Described as a tour de force of brickwork, this structure includes Missouri red granite, multi colored brick, terra cotta trim, Minnesota yellow sandstone and red roof tiles. These buildings make up a large portion of the Holy Corners National Register District, recognized as significant at the state-wide level and were designated an official Landmark of the City of St. Louis in 1974. The Second Baptist Church is a poster-child for a problem common to historic structures everywhere, demolition by neglect. Neglected by its previous owners, and carelessness on behalf of the owner who purchased in the property in 2012, this property has suffered large losses through left and vandalism. Critical building components that have disappeared over the years include but are not limited to: copper gutters, decorative collection boxes, and downspouts; stained glass windows have been stolen or broken; the campanile roof system is failing and copper ventilation louvers have been stolen from the tower; decorative iron strapping and decorative hardware from the front doors have been stolen. The current owner presented a restoration plan to the neighborhood seven years ago, but no moves have been made to advance on the project. It is hoped that by listing as a Place in Peril, the building owner will either a) finally address the deteriorating conditions or b) sell it to a person or entity that will take the necessary actions to preserve, restore and return the property to productive use.

Do you have ideas for reuse? Share those ideas as well! Be sure to use the hashtag #MOPlacesinPeril

In August 2021, it was announced that film and TV producer Monica R. Butler has plans to redevelop the church into the Gospel Music Hall of Fame of Missouri. https://news.stlpublicradio.org/arts/2021-08-13/historic-st-louis-church-could-become-national-center-for-gospel-music

On October 26, 2021 a 2 alarm fire broke out in the tower of the church. Luckily the St. Louis Fire Department acted quickly and the fire was contained. We are hopeful that this will not delay future plans for the building.

Visit MoGospel.com and support their efforts