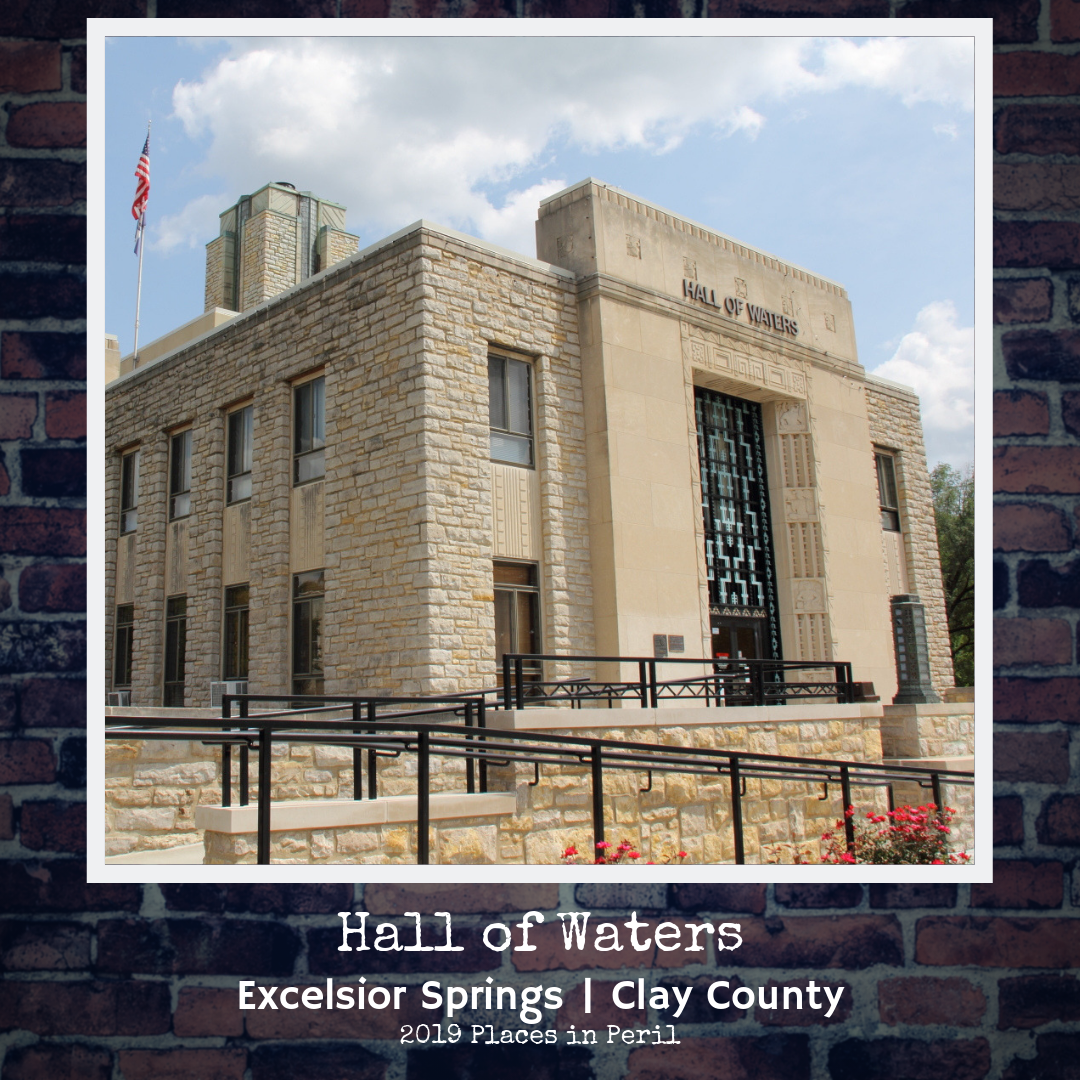 The Hall of Waters was built in 1934 as WPA project #5252 on the site of Siloam Spring (originally known as Excelsior Spring). At its height, the project was considered the most outfitted health resort in the state and possibly the region. Water from the ten main springs were piped into the “Hall of Springs,” the first portion of the building to be opened in 1937. At $1,000,000, the Hall of Waters was the most ambitious WPA project in the state and incorporated Art Deco and Depression-era designs as well as Mayan Water God motifs. In the 1950s and 60s the popularity of health spas declined and business dwindled. Today the Hall of Waters contains city offices, a visitor’s center, and the office of the Downtown Excelsior Partnership. Although it is still in use, the building is deteriorating. Duct work is rusting and falling apart, floors are racked, doors are rusted shut and the roof is leaking; deterioration in the basement could cause issues for structural integrity if not addressed. An updated HVAC system is a top priority to retain tenants and to ensure the building is properly pressurized and ventilated. Citizens of Excelsior Springs agree it is important for the Hall of Waters to be open to the public and to be owned by the public. It is hoped that inclusion on the Places in Peril list will help raise awareness needed to rehabilitate the structure, including identifying potential investors and identifying funds for preservation.

The Hall of Waters needs many repairs in order to remain open to the public. The City of Excelsior Springs seeks technical assistance to organize and carry out a redevelopment project.