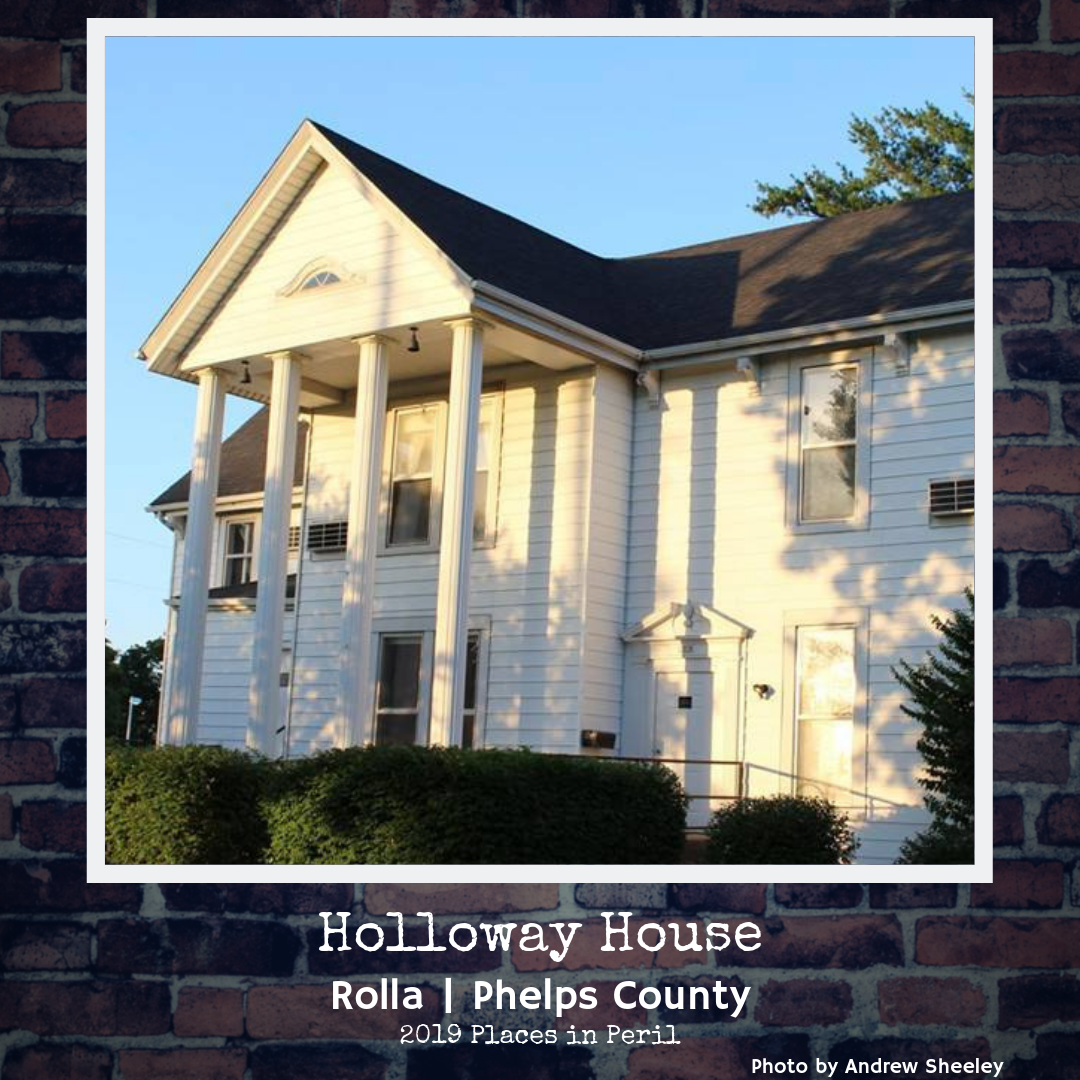 The Holloway House in Rolla, Missouri was once part of a 250-acre cattle farm owned and operated by Col. George Holloway. An entrepreneur, philanthropist and real estate magnate, Holloway would shape the growth of Rolla while he resided at this house.  Constructed circa 1900 for Benjamin Knapp, the house and property were purchase by Holloway in 1902. Holloway expanded the farming operation and christened it the Elm Row Stock Farm. By 1907, Holloway sold the ranch but reserved the eastern 40 acres below the house and subdivided the land into house lots. The new subdivision become known as Holloway Addition and was one of the finest neighborhoods in Rolla. Today the Holloway House is the centerpiece of the 100-acre Ber Juan Park, named in honor of former Holloway House owners, Bert and Juanita Williams. The house is currently endangered as the city wants to demolish the home to make way for a senior center. The City of Rolla has based its decision to demolish on a 20-year-old feasibility study for the house. “Demolition and new construction would cost much more than rehabilitating the property or finding an equally sized one-story building to convert into a senior center.” Unless we also have a feasibility study or hard facts to support this statement, it should not be used unless qualified as opinion. The Rolla Preservation Alliance recently posted a poll in which 70% of the 421 voters who participated responded in favor of keeping the house. It is hoped that this listing will make the City of Rolla aware of other preservation and adaptive reuse efforts across the state so city government could apply similar preservation principles to the Holloway House.

Help preserve the Holloway House by contacting the City of Rolla. Encourage them to reuse the building, share your success stories of adaptive reuse!