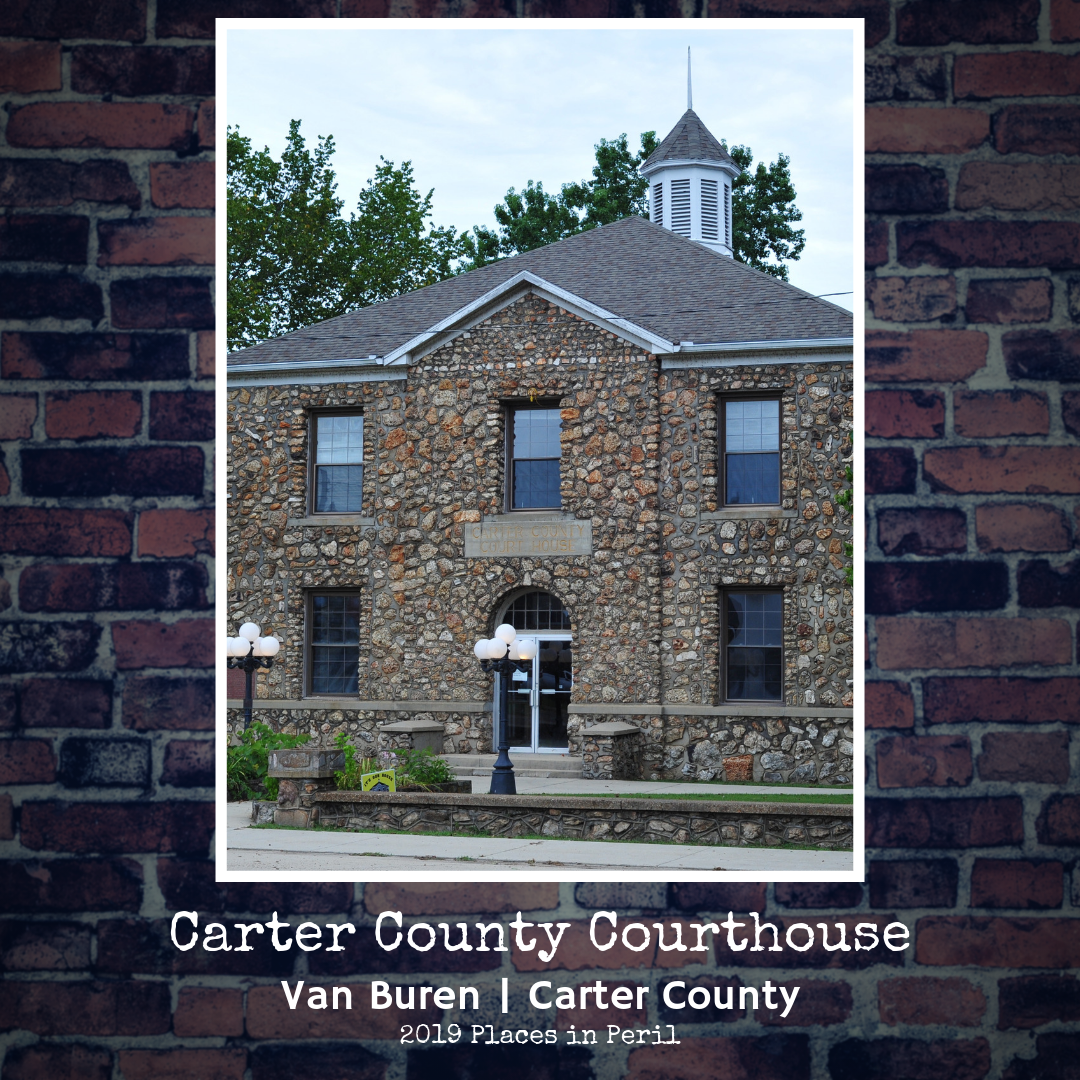 The Carter County Courthouse, located in Van Buren, Missouri began as a post-and-beam building which was completed in October 1871. In 1936, the Works Progress Administration (WPA) funded a substantial addition to the east end of the building and added a cobblestone cladding to the entire structure, both old and new. Shortly after, a wall was built to enclose the square. This remains the only existing cobblestone courthouse in the state of Missouri. The courthouse served the community from 1871 until 2017 when it was damaged by unprecedented flooding of the nearby Current River. Although the building is empty, the Carter County Courthouse still remains the center of the community where locals gather for Christmas tree lightings, Easter egg hunts and the annual Festival of Lights. However, the building is still in imminent danger of deterioration. Aside from interior wall coverings being removed on the first floor to promote drying, no work has been done since the flooding in May 2017. Damaged doors and windows have made it difficult to keep out animals and pests. When the county government vacated the building permanently, it pledged to maintain the building but no plans for its future use or renovation have been articulated. In 2019 the county approved the creation of the Courthouse Renovation Committee, a citizens group with a goal of creating a non-profit which will partner with the county to oversee the plans for renovation and reuse. While support for retaining the courthouse is unanimous amongst the community, the nominator hopes being listed on Missouri’s Places in Peril will serve as an objective validation of the structure’s significance and elicit support from those willing to offer professional or financial assistance to the renovation efforts.

To help the Carter County Courthouse with your donations or professional assistance, contact: