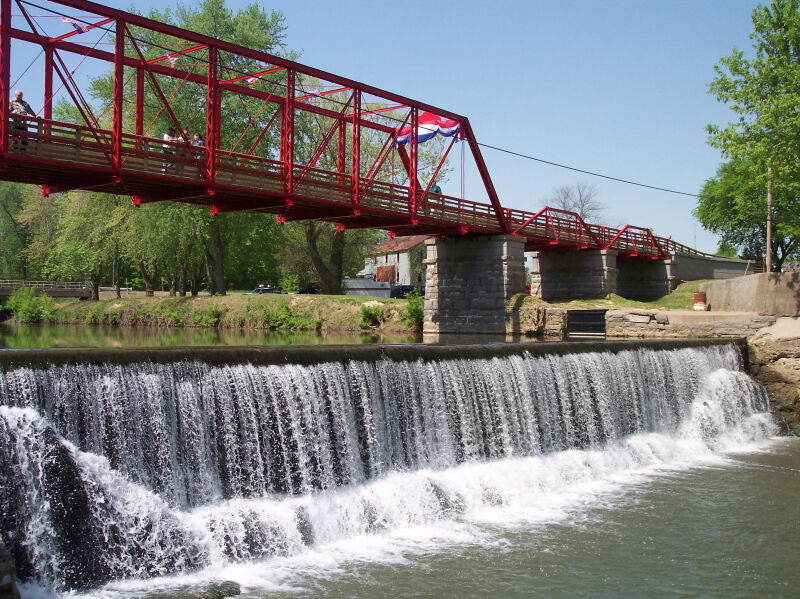 James Baughn was born Dec. 30, 1980 in Sacramento, California, the son of an Air Force officer and home maker mother. He grew up around the world – and loved living wherever his family was, which, above all, was Cape Girardeau County. An accomplished computer programmer, he was offered jobs at some of the top tech companies in the world, but preferred to stay in Cape Girardeau and Jackson to be in charge of his own projects and pursue his own interests, while staying close to family. His job, nominally, was webmaster for Rust Communications, where he created an architecture of websites and mobile systems for more than 40 newspapers in 8 states, including the Southeast Missourian. But his interests and influence were much greater.

James was a fixture at Cape Girardeau history events, especially at the Red House and Cape Girardeau County History Center, initially helping his mother, father and grandmother, who were docents, before taking leadership on his own. He wrote a popular blog about local history for semissourian.com and was known as a resource to his colleagues about odd facts of Cape Girardeau’s past. At the time of his death, Baughn was vice-president of the Cape County Historical Society and a board member of Missouri Preservation, a state organization that advocates for preserving historic architecture and landmarks in Missouri.

James was recognized throughout the United States as one of the leading experts on historic and notable bridges, particularly through his website, bridgehunter.com, which he created to chronicle and potentially rehabilitate historic bridges. Initially founded as a way for him to record interesting bridges he came across while traveling the area to find good hikes, the website has grown to include photos of more than 7,000 bridges, submitted by several hundred contributing editors from around the United States. The site integrates data from the Federal Highway Administration’s list of every bridge in the country, making it one of the most comprehensive bridge data sites in the world and an important resource for government officials and others in prioritizing structures for the National Register of Historic Places. In addition, private developers have used the site as background in finding bridges for “re-use,” which is a federal program where historic bridges scheduled for demolition are made available free of charge to those who can use them elsewhere.

James organized periodic conferences about bridge history, which drew attendees from multiple states, and led to the direct saving of several bridges.
An interest in bridges and history converged with James’ love of hiking. There was rarely a weekend he did not travel to discover and chronicle a hike, which he used as material for his semissourian.com blog, “Pavement ends.” Even if the place was somewhere he’d visited before, he looked for changes in water flow, rock formation or vegetation, turning even frequent favorites into something new. He was always curious – and open to others – about what he saw. Helping others to plan their hikes was part of his good nature.

Indeed, helping others is what James was known for in whatever he did, not least via his computer programming. James joined Rust Communications in 2000, even before he graduated from Southeast Missouri State University with a computer science degree in 2002, and quickly rose to lead its Internet efforts. Using open source code, he built platforms that were noteworthy for their speed and eloquence. He was involved in the launch of several of the Associated Press’s most important technology projects in the past 15 years, and was a frequent collaborator with Google, most recently on its Jigsaw Perspective API project, Google News Initiative Digital Subscriptions project and News Consumer Insights Designer Playbook. In 2020, his work with the Southeast Missourian was a finalist for a Digiday Award, one of the world’s most prestigious tech competitions. Throughout, James also had the patience and good nature to explain the simplest of directions to anyone who needed support.

James was famous for having the ability to listen to a problem – computer-related or not – and determine a solution without needing much guidance. He also anticipated problems before they happened and constantly sought to improve everything around him. He had a tremendous sense of perspective and an absolutely pleasant demeanor in all that he did. All those who worked with him loved and respected him.

James was also a huge fan of the St. Louis Cardinals, and it was among his joys to attend games with family. He is survived by his father Stan, mother Debra both of Jackson, and grandmother Faye Schreiner of Pevely, Missouri. He was an only child.

James died Sunday afternoon, Dec. 6, 2020, while doing one of the things he most loved, hiking a trail in Cape Girardeau County.

A memorial service/celebration of life will be organized at a later date.
Memorial contributions may be given to The Red House Interpretive Center, c/o Cape Girardeau Parks and Rec, 410 Kiwanis Dr., Cape Girardeau, MO 63701 or Cape County Historical Society, 102 S. High St., Jackson, MO 63755.
Online condolences may be shared at www.fordandsonsfuneralhome.com.

In memory of James’ commitment to documenting and saving historic bridges across Missouri, memorial contributions can also be made to:
The Historic Bridge Foundation — Missouri Bridge Preservation Fund
1500 Payne Avenue
Austin, Texas 78757