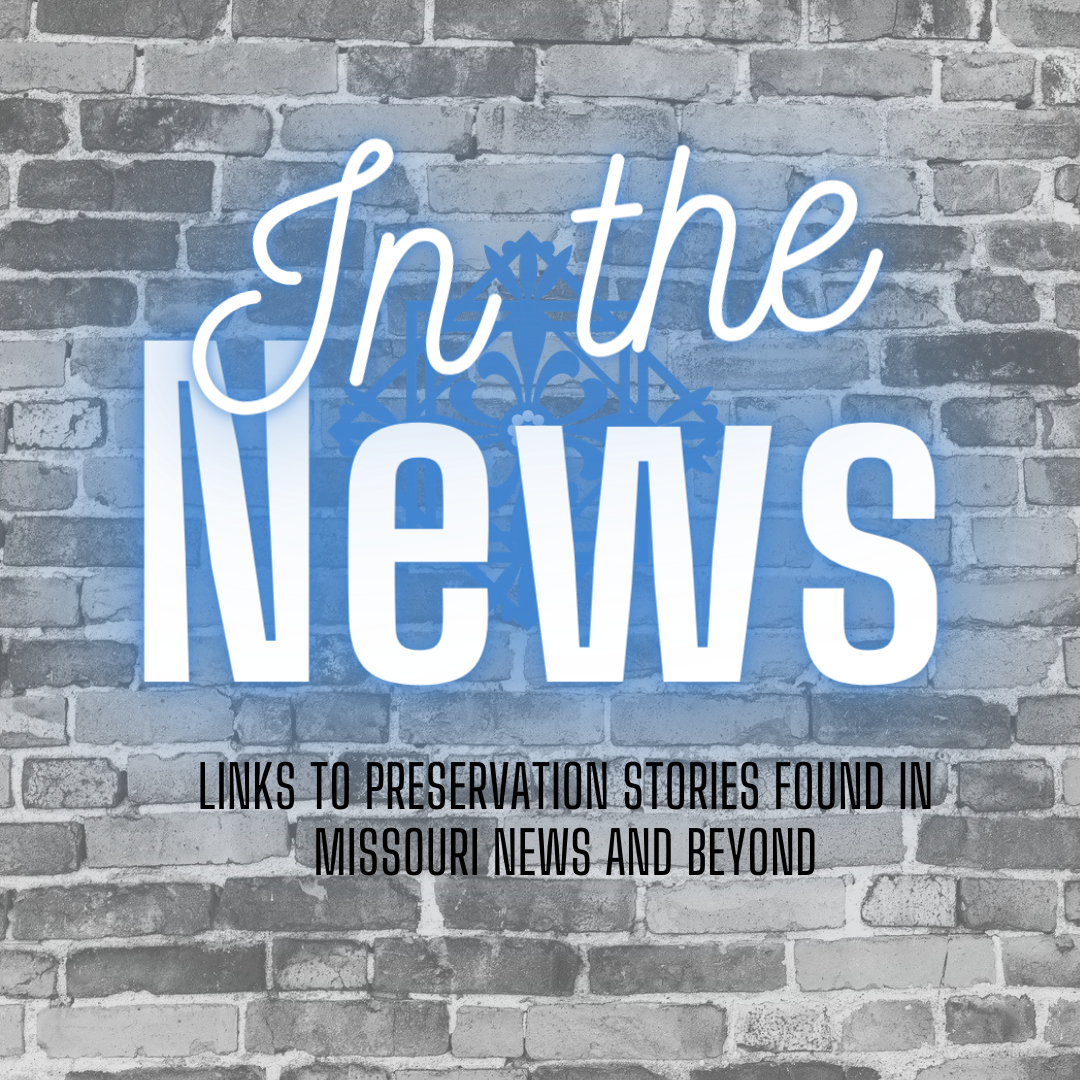 October 1
The former Emmaus Homes Campus in Marthasville, a 2019 Place in Peril, to sell at auction.

October 6
Spooky: Mirrors and Mystics at the Historic Chatillon-DeMenil Mansion in St. Louis. Link to Facebook event.
Link to tickets.

October 9
Interested in saving a historic bridge in your neck of the woods? MoDOT has some educational opportunities for you!
More info here.

October 14
A great read on the Confederate raid on Danville during the Civil War. The Danville Female Academy, which figures prominently in the story by Corey Orr, still stands on the old road and is visible from interstate 70 in Montgomery County.

October 14
From Heritage Documentation Programs, NPS:
“Who wants one? In 2008, the Historic American Buildings Survey (HABS) celebrated our 75th anniversary. During that year, Heritage Documentation Programs, NPS marked the occasion with an exhibition held at the U.S. Department of the Interior Museum in Washington, District of Columbia and the exhibition catalog AMERICAN PLACE.DOWNLOAD your FREE copy of “AMERICAN PLACE: The Historic American Buildings Survey at Seventy-Five Years” which tells the important story of how the architectural history of America has been recorded for (over) seventy-five years by HABS from our website at https://www.nps.gov/hdp/habs/AmericanPlace.pdf (22.3 MB .PDF).”

October 19
The former Emmaus Homes campus, one of Missouri’s historic Places in Peril is set for auction. We are hoping this place finds a preservation-friendly owner. https://www.emissourian.com/local_news/county/marthasville-s-emmaus-home-set-for-auction—hope-to-net-3-million/article_9c640ce6-0fd8-11eb-9fad-87c5158ca7dc.html?fbclid=IwAR1st1dPF5dAZAusD5qr777CxsxVyPT5hFBnSFsMidf14_1SbNSBjavK0E0

October 23
Plan for one of Missouri’s Places in Peril calls for senior living development.

October 28
Survey of historic buildings to begin in Jackson.