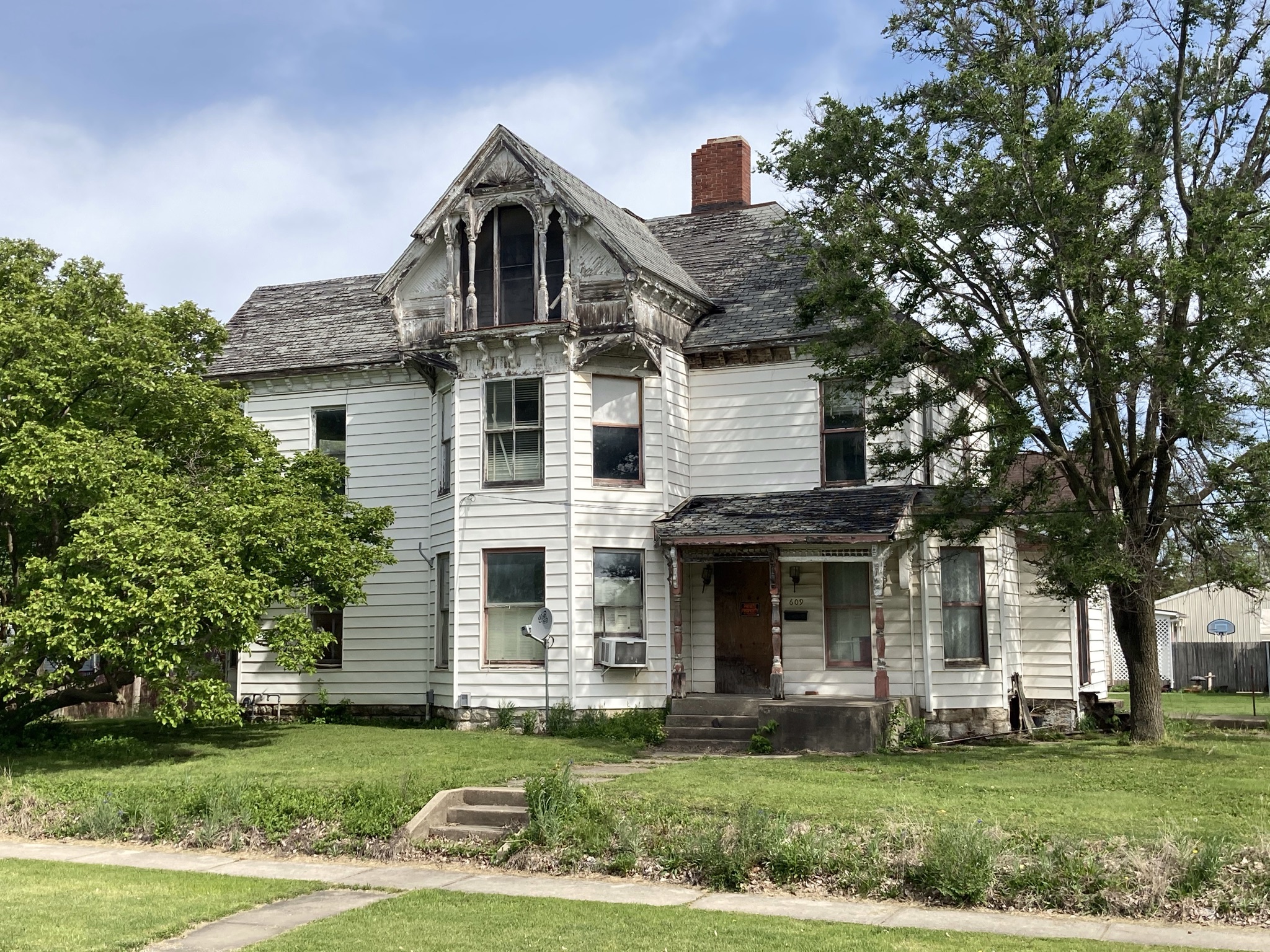 The Edgerton House at the corner of Locust and Polk Streets was built in 1891 for Dr. William Wilburforce Edgerton, a founder of Citizens National Bank and one-time Mayor of Chillicothe. Edgerton’s daughter was married in the home, and his grandchildren lived there into adulthood. It ultimately remained in the family for 71 years. Later owners converted the home into a multiple unit property, and its most recent occupants left in 2013 after they were unable to afford much needed repairs to the roof. It has since remained vacant and suffered from neglect. After almost a decade of severe leaking, large portions of the original wood floors on the first and second floors were ruined. Porches on the west and south sides are in various states of collapse and unsecure boards over doorways allowed racoons and cats into the home.  The Livingston County Preservation Society (LCPS) purchased the home in July 2021 and recently finished installing a brand-new roof. While the new roof will help prevent future damage, there is still a long way to go to ensure the future of the Edgerton Home. LCPS would like to utilize the home for historic preservation and repair workshops and ultimately use the home as a rental location, such as an AirBnb, to ensure funds for future upkeep as well as fund other community preservation projects. It is hoped that listing the Edgerton Home as a Place in Peril will raise awareness for the Livingston County Preservation Society’s preservation and fundraising efforts. For more information on how to help save the Edgerton House, visit livcopreservation.weebly.com