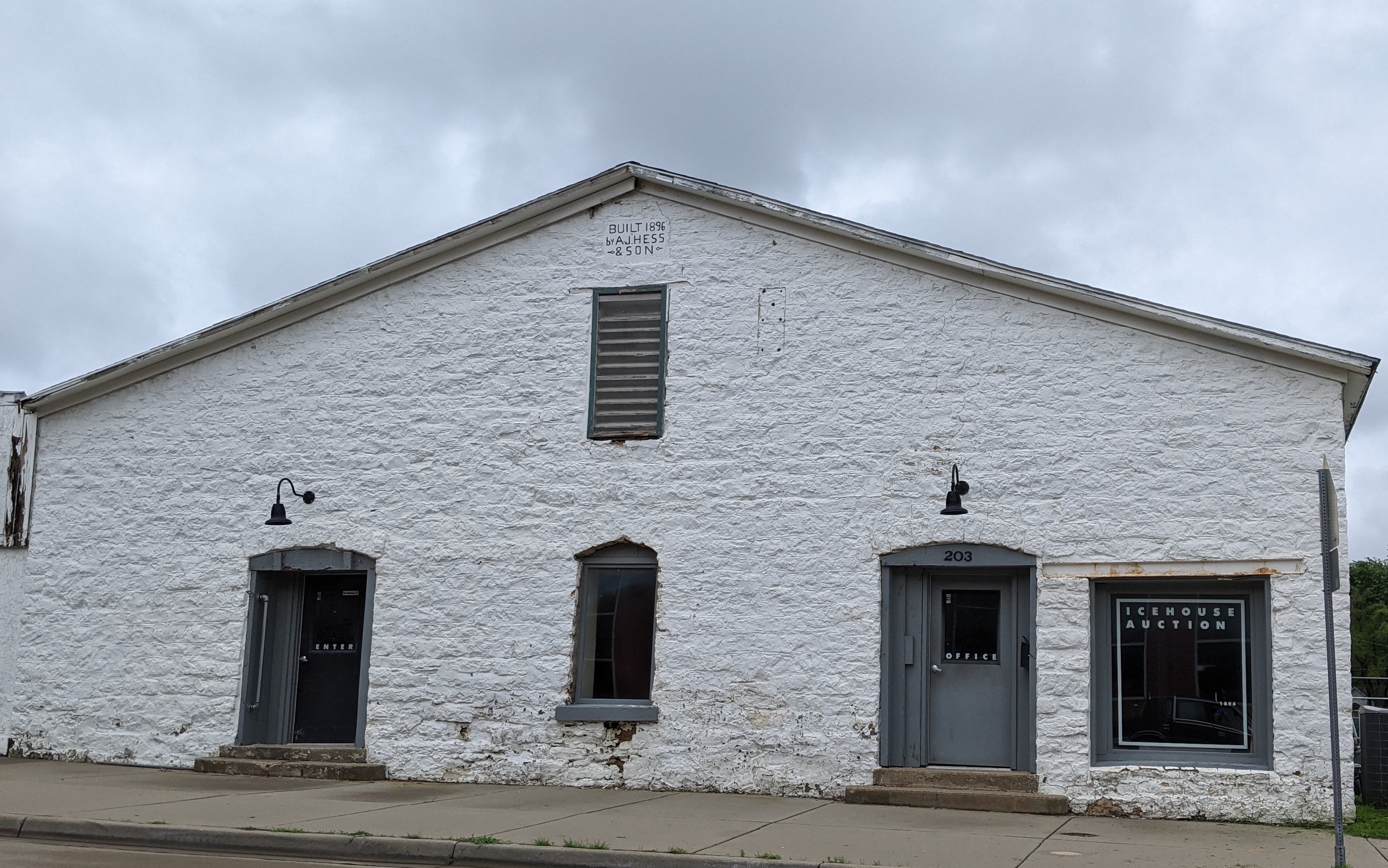 With three-foot exterior walls of coursed limestone, the Ice House at 203 SE Green Street is a unique example of utilitarian commercial architecture from the late 19th century in Lee’s Summit. Designed by local architects A.J. Hess and Sons, this 1896 structure is the only example of their work that remains in the community. The 3,700 square foot building was built to serve as a packing house for an adjacent slaughterhouse. By the 1920s it had been converted to the Community Ice Company. A number of Lee’s Summit’s oldest residents have memories of purchasing large blocks of ice there. In later years it served as an automobile garage, thrift store, and most recently a fine antiques auction house called ‘Ice House Auctions.’ Over the last thirty years maintenance at the ice house has been lacking but what really endangers this property are plans for a new Downtown City Market by the City of Lee’s Summit. Another lot was initially chosen for this ambitious project, but it was later deemed too small, so the city shifted their sights to the ice house location which they purchased in 2019. Early renderings of the proposed project included the Ice House building but it has since been replaced by new construction. Preservation specialists have identified that the building is eligible for listing on the National Register of Historic Places and thus eligible to use both state and federal historic tax credits to help finance the rehabilitation. Since the building’s nomination, the City of Lee’s Summit has voted to demolish the structure and incorporate its historic fabric into the new development. Lee’s Summit has gained national recognition for their historic downtown and it is hoped that the attention garnered by a Places in Peril listing will make them think again and honor their preservation legacy by saving this historic building.

See the proposed plans for the Downtown Market Plaza here.

Watch the Lee’s Summit City Council meeting from September 6, 2022 discussing the future of the Ice House.